Productivity Lesson From A Jar of Stones

Do you hold your head in despair when you catch a glance of your to-do list?

As freelancers, it's especially difficult to manage everything we need to get done. That's because there are so many demands on our time. On top of our client work, we need to reply to emails, manage our finances, attend networking events, and numerous other duties.

We're not alone. All Americans – not only freelancers – are working longer hours than ever before. No wonder the Institute of HeartMath says stress today is "more persistent than ever." What's more, up to 90% of visits to doctors' offices are related to stress.

If you're feeling overwhelmed by your work, you need to get on top of things – for the sake of your health and your productivity.

Could better to-do lists be the answer?

The folks over at the productivity app iDoneThis recently conducted an experiment with their users. By watching how users interacted with their to-do lists, they found that two in five (41%) tasks on to-do lists are never completed.

In other words, to-do lists fail because they are too long.

Having a to-do list that's too long means you're holding yourself up to an impossible ideal. You're always going to fall short. That means you feel guilty, which can cause procrastination. The longer you procrastinate, the guiltier you feel. It's a downward spiral that eats away at your productivity.

What if instead of making you feel like a failure, your to-do list helps you feel good about your work and how much you're getting done?

There's a business legend around the origin of to-do lists that contains a helpful grain of truth.

According to this legend, the American steel magnate Charles M. Schwab was offered a no-lose opportunity by efficiency expert Ivy Lee.

Three months later, Schwab sent Lee a check for $25,000. This was in the early 20th century, when the average daily wage in the US was $2.

What did Lee teach Schwab that prompted a paycheck the size of a lottery win?

Lee told Schwab to spend a few minutes at the end of each day writing a list of the six most important things he had to accomplish the next day.

Crazy, right? Imagine if your to-do list was only six items long. 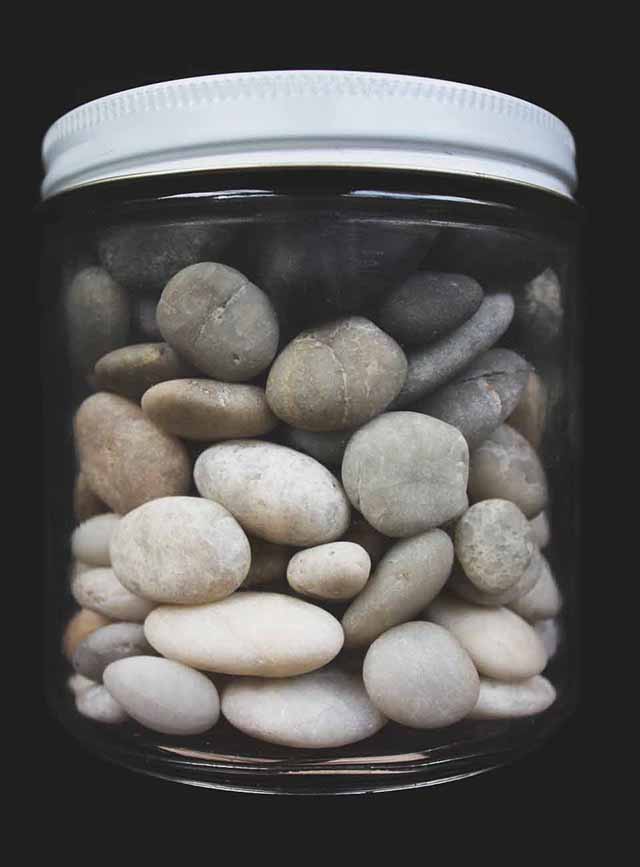 Stephen Covey, author of The 7 Habits of Highly Effective People, tells the story of a man filling a jar with rocks, pebbles, and sand. This man wanted to get some of each into the jar and have the jar filled.

The first time around, he tried filling the jar with sand. But once the jar was full of sand, there was no room for the pebbles, let alone the rocks.

Next he tried starting with the pebbles. After filling the jar with as many pebbles as he could, there was still room for plenty of sand. There was no room, however, for the rocks.

On his final attempt, the man started with the rocks. He filled the jar with rocks. Then he put in the pebbles – which fit in the gaps between the rocks. Finally, he poured in the sand.

For Covey, this is a lesson in productivity. "Remember to put your big rocks in first," Covey says, "or you'll never get to them at all." In other words, start each day with your biggest task. Then move on to the smaller tasks.

To focus on your big rocks, it's best to only have one big rock to complete each day. You can do this by using the 1-3-5 technique for creating your daily to-do list. That is:

That's it. Nine tasks a day on your to-do list. Nothing more.

Let's say your big task takes you three hours to complete. You've still got four hours remaining to complete your medium and small tasks. Chances are, you'll make it through your list. And you'll have time to respond to any urgent tasks that come up.

Give it a try, and you'll see how great it feels to complete a to-do list.

What productivity techniques do you use to keep your stress levels down? How do you keep your to-do list in check? Let us know in the comments below.